Congratulations pour in on Díaz-Canel's election as Cuba's new president 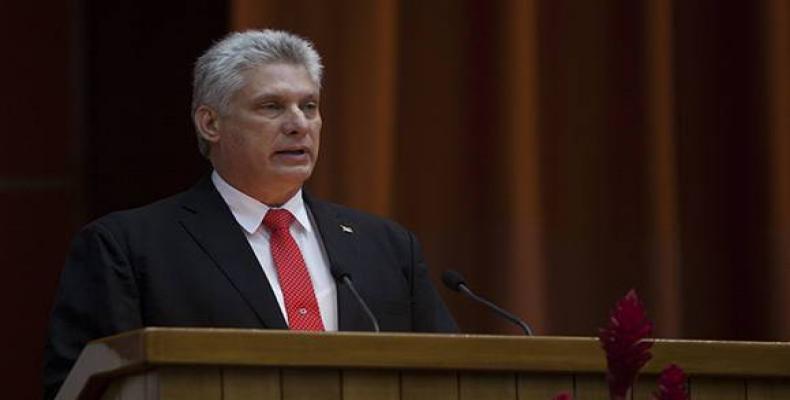 Havana, April 19 (RHC)-- Congratulatory messages began to pour in  on the election Thursday of Miguel Díaz-Canel as the new president of the Council of State and the Council of Ministers of the Republic of Cuba.

Upon learning the news, the President of the Bolivarian Republic of Venezuela, Nicolás Maduro, expressed his support and congratulations to Miguel Díaz-Canel.

“I’m going to visit compañero Miguel Díaz-Canel soon to shake his hand. All our support to Miguel Diaz-Canel, all the support to Cuba, all the gratitude to Raúl,” Maduro stated during a live broadcast on Facebook.

He took the opportunity to thank Cuba and outgoing president Raúl Castro for their support in the face of constant imperialist attacks against the South American nation.

“Greetings to compañero Raúl Castro Ruz, because he has led Cuba impeccably during all these years. My greetings and my gratitude to Raúl,” Maduro stressed during the live broadcast, alongside Venezuelan Executive Vice President, Tareck El Aissami.

Upon learning the news, the European Union reaffirmed its interest in deepening cooperation ties with the Caribbean state.

Last February, the EU and Cuba held their first joint council, aimed at identifying potential areas to advance and deepen economic and trade ties, as well as to strengthen cooperation  in such fields as renewable energy, climate change, agriculture, technical assistance and culture.