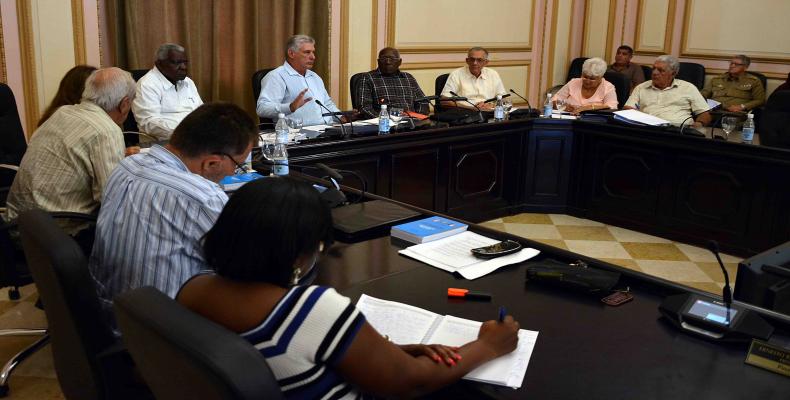 Discussions focused on the principles of government as well as strengthening links between government bodies and the people.
Esteban Lazo, President of the National Assembly, also participating in the meeting, called on officials to “identify recurring problems” and address issues at all levels, from people's councils to municipal and provincial assemblies.

Participants reviewed progress made to date in the process of popular consultation of the draft constitution, noting strong participation by the population, whose additions, modifications, suggestions and queries contribute to enriching the document.

Efforts to improve local food production were also addressed given its importance for the population, national economy and efforts to substitute food imports.

Repair and construction of homes damaged by severe weather events were also on the agenda, with officials noting that Villa Clara was the worst affected province with 33,000 homes suffering damage, 80% of which should be repaired by the end of the year.