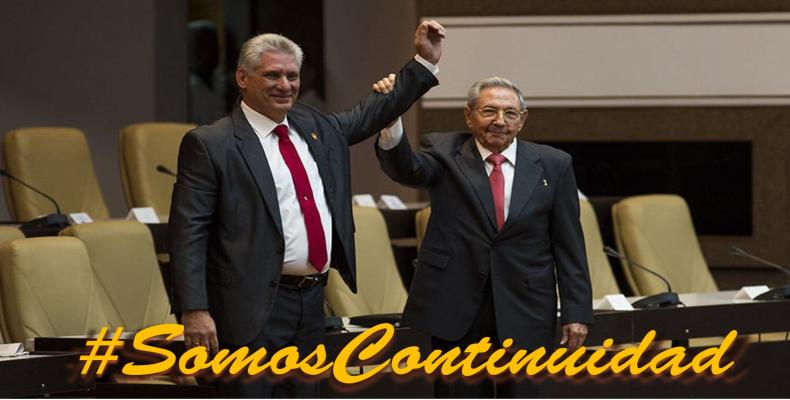 Havana, April 19 (RHC)-- Cuba's new president Miguel Díaz-Canel Bermúdez reaffirmed Thursday before the newly installed nineth legislature of the National Assembly of People's Power that the main goal of his presidential term and that of the new legislature  is to maintain continuity to the revolutionary process begun in the country on January 1st, 1959.

In his first speech as President of the Councils of State and Ministers of the Republic of Cuba, Díaz-Canel said he assumes Cuba's highest government post with full responsibility and  personal conviction that he will be a faithful follower of the actions and ideals of the historic leader of the Revolution Fidel Castro, and of the teachings of his own predecessor, Raúl Castro.

Díaz-Canel called on the people to maintain unity in the goal of continuing to build a prosperous, sustainable socialist society with all and for the good of all.

He stressed that the new Council of State will continue “acting, creating and working tirelessly, in a permanent bond with its dignified people,” advancing the ongoing process of upgrading and improving the country's economic and social system.

“We will have to exercise an increasingly collective leadership. Strengthening the participation of the people,” he stated.

Regarding Cuba's foreign policy, the new president confirmed that it will remain unchanged. “Cubans will continue making all the changes that we, the people, deem necessary. We will not accept any imposed preconditions nor threats,” he added.