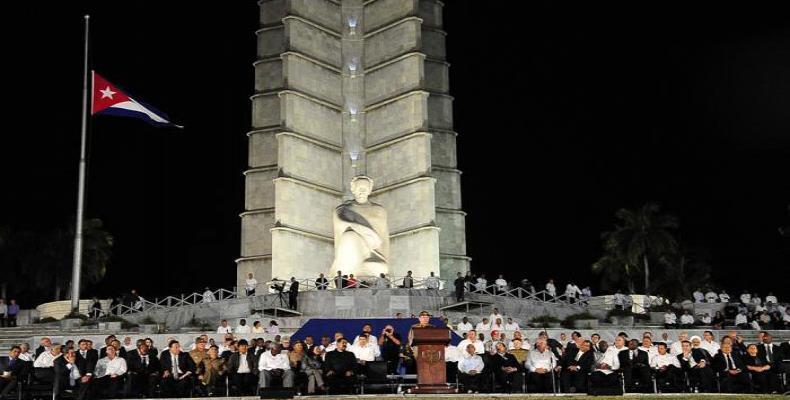 The President’s speech marked the closing of a massive memorial rally at the iconic Plaza de la Revolución, during which hundreds of thousands of Cubans, including dignitaries from around the world, paid tribute to Fidel.

The Cuban head of state said that Fidel led a revolution of the poor, by the poor and for the poor, and devoted his entire life to defending just causes around the world and showing Cuba's solidarity with other nations and peoples in need.

Prior to President Raúl Castro's remarks, leaders from around the world and representatives of international organizations and regional blocs, who traveled here to attend Fidel's funeral, took the podium.

Nicaraguan President Daniel Ortega recalled that Fidel Castro led the first socialist revolution of Our America, and he did so, just ninety miles away from the United States.

Ortega said the U.S. responded by imposing a brutal blockade that has lasted for over half a century. Ortega described the blockade as a crime against humanity that should be taken to the International Court of Justice at the Hague.

Bolivian President Evo Morales also addressed Tuesday night's huge crowd at the Revolution Square. He said that Fidel Castro is not dead, because his ideals live on.

President Morales said: “Fidel and Cuba have changed the world. Fidel will always be with us, as long as there is a revolutionary willing and ready to fight for just causes. Fidel is not dead because his ideas live on. Our peoples'  battles are not over and we need Fidel, his ideas and spirit guiding us to victory.”