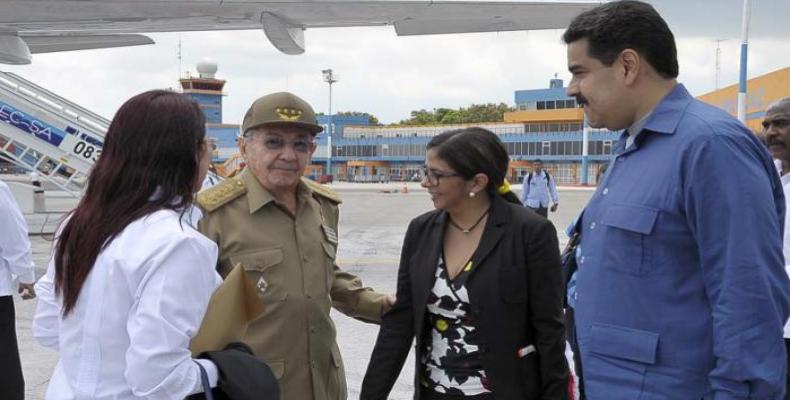 Havana, June 25 (RHC)-- President Raúl Castro met Friday afternoon in Havana with his Venezuelan counterpart Nicolás Maduro, who returned to Caracas after participating in the signing ceremony of landmark agreements between the Colombian government and the Revolutionary Armed Forces of Colombia-People's Army (FARC-EP).

Raúl and Maduro exchanged extensively on bilateral and regional issues, particularly the just concluded extraordinary session of the Permanent Council of the Organization of American States (OAS) and the failed attempt of the organization's Secretary General Luis Almagro to apply the so-called Democratic Charter against the South American country.

Both dignitaries described as transcendental the latest advances in the Colombian peace process and renewed their countries' commitment to continue contributing towards a final peace agreement that puts an end to over 50 years of internal conflict.