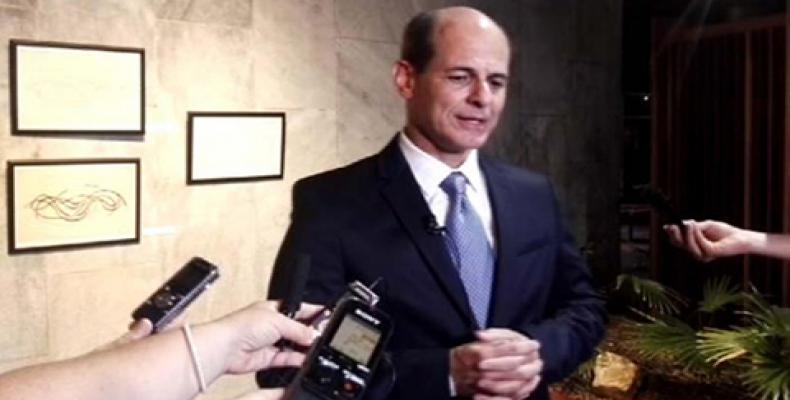 Havana, ay 12 (RHC)--The foreign ministers and heads of delegations of the countries of the Bolivarian Alliance for the Peoples of Our America-Peoples Trade Treaty (ALBA-TCP) attending the ECLAC meeting underway in Havana  addressed on Friday the regional political situation, currently marked by an offensive against progressive governments and the return of an interventionist rhetoric.

Speaking to the press in the Cuban capital, deputy Foreign Affairs minister Rogelio Sierra Díaz said that during the encounter, the diplomats of the regional bloc paid a special attention to recent events in Nicaragua, voiced their firm solidarity with the Central American country and advocated for the finding of solutions to its difficulties which are based on peace and dialogue.

During the meeting, which took place on the margins of ECLAC´s 37th Ordinary Session, Sierra asserted that the right of the Venezuelan people to self-determination was also defended, as well as the electoral process currently underway in the Bolivarian nation.

The Cuban official added that an important element of the meeting was the rejection of the attempt by the United States to revitalize the Monroe Doctrine.

He added that participants in the meeting strongly criticized the destabilizing attempts that are being made against the peoples of Latin America and the Caribbean and that strong denunciations were voiced on  the disrespect for the principle of non-intervention in internal affairs.