U.S. does not renounce the Monroe Doctrine, Ortega affirms 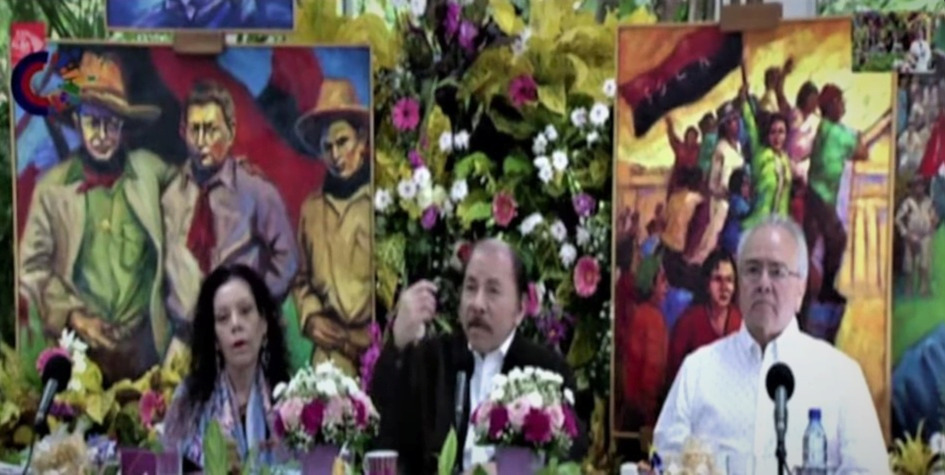 Havana, May 27 (RHC)-- Nicaraguan President Daniel Ortega affirmed that the U.S. government has not renounced the Monroe Doctrine and continues to interfere with the continent's peoples.

During a virtual speech at the 21st Summit of Heads of State and Government of the Bolivarian Alliance for the Peoples of Our America-People's Trade Agreement (ALBA-TCP), Ortega said that imperialism has not changed.

"The essence is there, a criminal essence", said the President.

The Sandinista National Liberation Front (FSLN) leader referred to how the United States and the European Union still believe that the time has come to establish their hegemony over the planet.

"They do not realize that this is no longer possible. Our America, after profound changes, founded ALBA, the noblest project ever created to bring welfare to impoverished nations."

In this regard, he referred to ALBA as the project that made the dreams of Simón Bolívar and Augusto César Sandino come true.

On the other hand, the President of the Central American nation argued that the U.S. administration, under the name of democracy, imposes a policy of terrorism and aggression.

In this sense, he denounced the blockade imposed on Cuba by the U.S. for more than 60 years. He described the unilateral measure as infamous and terrorist.

He also called for the continued strengthening and promotion of ALBA-TCP and asserted that reason would overcome force.

Sharing common development strategies and analyzing the regional political situation was the purpose of this meeting of the group's presidents, prime ministers, and high-level leaders.