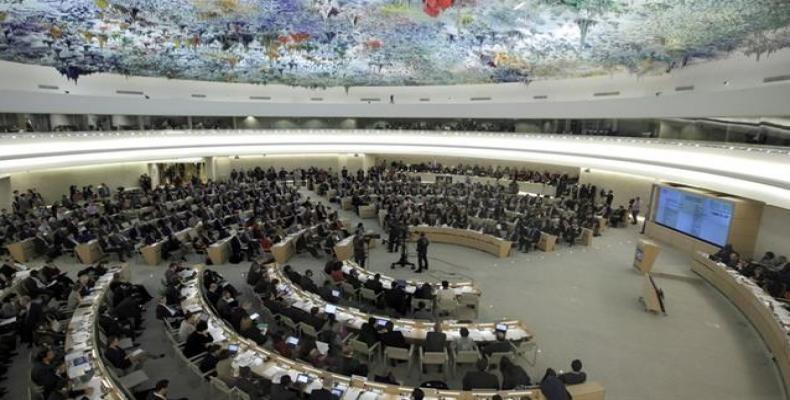 Geneva, May 17 (RHC)-- Cuban Foreign Minister Bruno Rodríguez has rejected the manipulation of the human rights issue for political purposes.

Right after Cuba presented Wednesday the country's national report to the Universal Periodic Review of the UN Human Rights Council, representatives from more than 140 nations took the floor to present recommendations and express their countries' views on the Cuban report and on human rights advances on the island over the past five years.

Following that, the top Cuban diplomat spoke again. He thanked all those countries that submitted recommendations based on the principles of respect to Cuba's sovereignty and independence and non-interference in the country's internal affairs.  At the same time, the Cuban foreign minister described as 'regrettable' that some countries continue manipulating the issue of human rights for political purposes, as a pretext to justify blockades and other unilateral coercive measures, this in clear reference to the United States.

Foreign Minister Bruno Rodríguez emphasized that those nations lack any moral authority and furthermore, are themselves responsible for 'gross, well-documented violations of human rights, which have gone unpunished to this date.'

Bruno Rodríguez further stated that such gross manipulations of the human rights issue run contrary to the core objectives of the Universal Periodic Review of the UN Human Rights Council.

The top Cuban diplomat stressed that international cooperation in this area can only be achieved through 'open, frank dialogue based on the principles of objectivity, impartiality and strict respect for each nation and people's inalienable right to decide freely on their own political, economic and social system.'