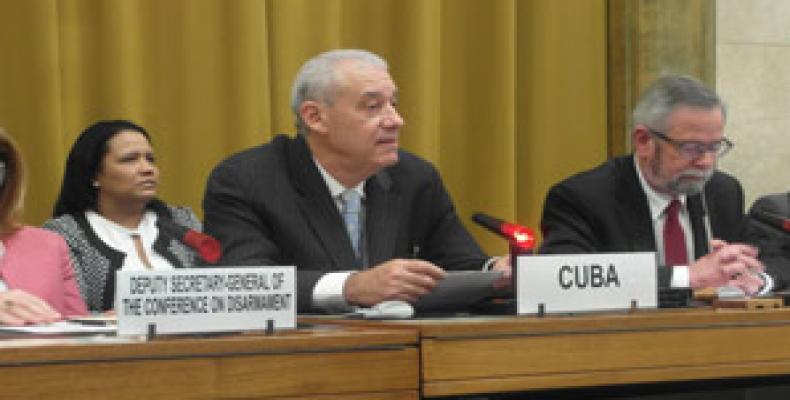 Havana, March 3 (RHC)--- In Geneva, Cuba has rejected what it called the politicization of the human rights issue.

The Caribbean state was referring specifically to remarks by Deputy U.S. Secretary of State Antony Blinken at the United Nations Human Rights Council, accusing a group of countries -- among them Cuba, Venezuela, China and Russia -- of alleged human rights violations.

A statement issued by the Cuban Foreign Ministry reads: “The United Nations Human Rights Council should not follow in the steps of the once-discredited Commission on Human Rights, which the United States and its Western allies turned into a mere political tool to advance their own interests to the detriment of Third World countries and peoples.”

Also addressing the high-level segment meeting of the United Nations Human Rights Council, Pedro Núñez, Director of Multi-Lateral Affairs and International Law at the Cuban Foreign Ministry, pointed to rich countries like the United States trying to impose their own vision of democracy and governance on the rest of the world, and black list countries that refuse to abide by their rules.

He added that those countries lack both legal and moral authority to criticize other countries and pointed to abundant evidence of human rights abuses committed by the United States itself, from racial discrimination, to immigrant mistreatment and torture of detainees at the U.S. Naval Base in Guantánamo.