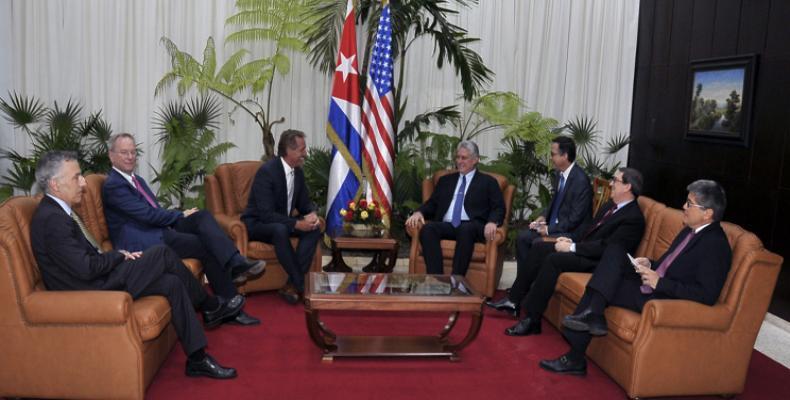 During the meeting, President Diaz-Canel spoke with the visitors about the state of bilateral relations between Cuba and the United States and also possible areas of cooperation in areas of mutual interest.

Accompanying the visitors from the United States on Monday afternoon was the Charge d-Affairs ad interim of the U.S. Embassy in Havana, Phillip Goldberg.