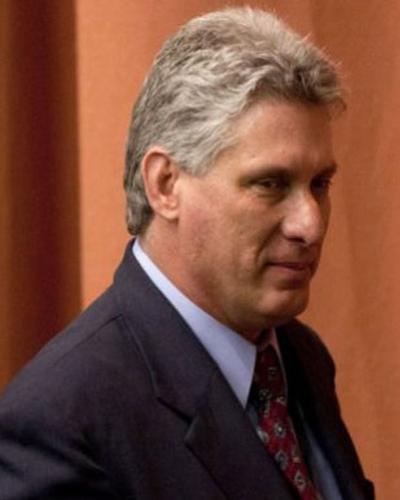 New York, September 28 (RHC) – President Miguel Diaz-Canel met on Friday with over 400 Cubans living in the United States. The Cubans, who reside in different states of the US, traveled to New York for the gathering, held at the island's mission to the UN.

The strengthening of ties between the Cuba and its nationals abroad is continuous and irreversible, Diaz-Canel told the crowd. He renewed the Cuban government's willingness to continue a frank and broad dialogue with them.

I call on you to strengthen unity, for the sake of Cuba's independence and sovereignty, and so that the US blockade against our nation is eliminated, said President Diaz-Canel. He thanked the Cuban nationals in the US for their innumerable signs of support and solidarity from a territory that he said is officially hostile.

We count on you, concluded the Cuban president, who told the crowd of Cuban-Americans that “we all are Cuba.”