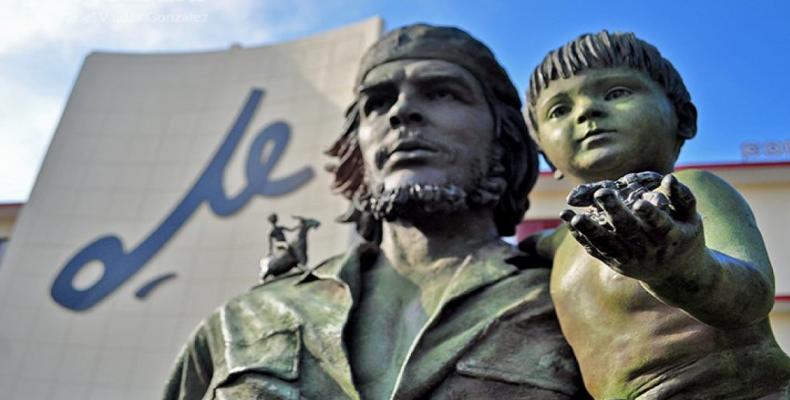 Havana, June 7 (RHC)— The Cuban Institute of Friendship with the Peoples (ICAP) hosted on Wednesday a tribute to commander Ernesto “Che” Guevara, on the occasion of his 90th birthday.  He was born in Rosario, Argentina, on June 14th, 1928.

Che´s role in the revolutionary war for the definitive independence of Cuba and his presence in Bolivia for the liberation of the oppressed people were highlighted during the event.

Speaking at the ceremony, Fernando González, Hero of the Republic of Cuba and president of the Cuban Friendship Institute recalled the Heroic Guerrilla´s thought, action, and personal dedication to Cuba´s socio economic development.

The tribute was a fitting occasion for the recollection of anecdotes related to the life and legacy of the outstanding revolutionary.

Among those who contributed anecdotes were the ambassadors of the Democratic Republic of the Congo Vincent Mutomb, Bolivia´s Juan Ramón Quintana, Trinidad and Tobago´s Lancelot Cowie, in addition to Cuban intellectual Ricardo Alarcón.

Meanwhile, preparations are underway in Santa Clara for the official celebrations, next June 14. The remains of Commander Guevara and 29 of his fellow combatants are housed in a memorial located in this city of Central Cuba.

The commemorations will culminate on June 14 with a national political-cultural gala in Che Guevara Revolution Square, where the memorial is located.