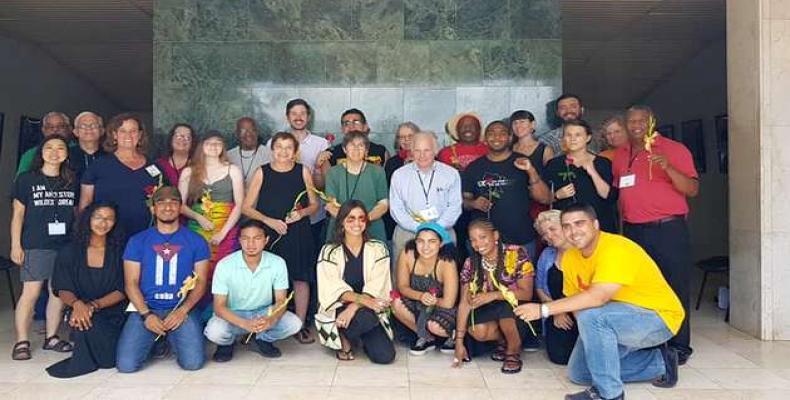 Havana, July 30 (RHC)-- Representatives of the 50th U.S. Venceremos Brigade paid tribute this Monday to Commander Ernesto Che Guevara in the Memorial that bears his name in the city of Santa Clara.

The delegation received a detailed explanation about the life and work of the Heroic Guerrilla, and laid a floral offering in front of the niches where the remains of the Cuban-Argentinean and his comrades-in-arms rest.

During the visit to Villa Clara province, the brigadistas toured the monument to the Action against the Batista Dictatorship Armored Train and other historical sites related to the Battle of Santa Clara, that took place in December of 1958.

The US Cuba solidarity contingent was welcomed in Santa Clara by Osnay Miguel Colina, member of the Cuban Communist Party leadership in the region, and Iris Menéndez, delegate of the Cuban Institute of Friendship with the Peoples in the Villa Clara province.