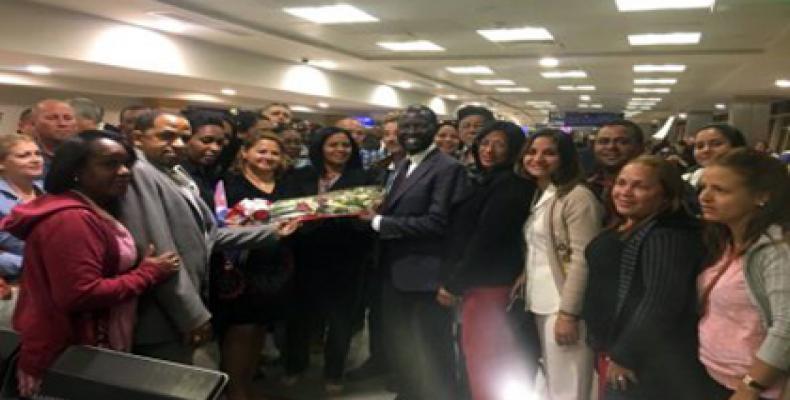 Havana. June 9 (RHC)-- A brigade of 101 Cuban doctors has arrived in Kenya to support the health system of that African nation.

The deployment of these health personnel is considered an unprecedented event in the history of bilateral ties, and is the result of the official visit made to Cuba by the President of Kenya, Uhuru Kenyatta, last March.

Diplomatic ties between Cuba and Kenya were established on October 19, 1995; In 2002, the Cuban diplomatic mission in the African country was opened.

Cuba maintains diplomatic relations with the 54 countries that make up the African continent. Currently, some 5 thousand Cuban collaborators provide services in different areas in Africa.