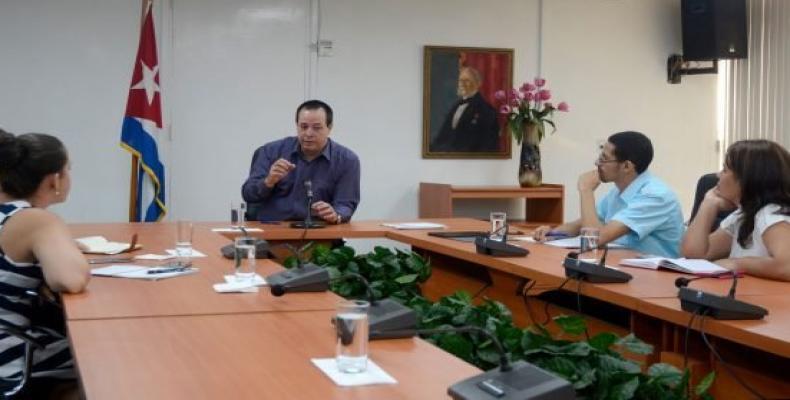 Havana, July 6 (RHC)-- Cuba's Minister of Public Health, José Angel Portal Miranda, said on Friday that the Cuban Government "has not ceased for a moment its efforts and negotiations for the safe return to the country of the two doctors kidnapped in Kenya."

In a meeting with the national press, Portal said that Kenyan authorities have assured that both doctors are alive and that "all possible actions are being conducted for their safe return to their homeland.”

As part of these efforts," the minister recalled that Cuban President Miguel Diaz-Canel Bermudez has spoken by telephone on two occasions with his counterparts from Kenya, Uhuru Kenyatta, and from Somalia, Abdullahi Mohammed.

The minister warned that this is a complex process "which requires time and as much discretion as possible, so that the steps and actions taken can be successful so that the doctors can return to Cuba without problems."   Portal also stressed that so far no one has requested any kind of condition in exchange for the release of Cuban doctors, "despite some media reports that were published and were later denied."

Doctors Asel Herrera Correa, a general practioner from Las Tunas province, and Landy Rodriguez Hernandez, a surgeon from Villa Clara province, were kidnapped last April 12th in the Kenyan county of Mandera, which has borders with Somalia and Ethiopia.