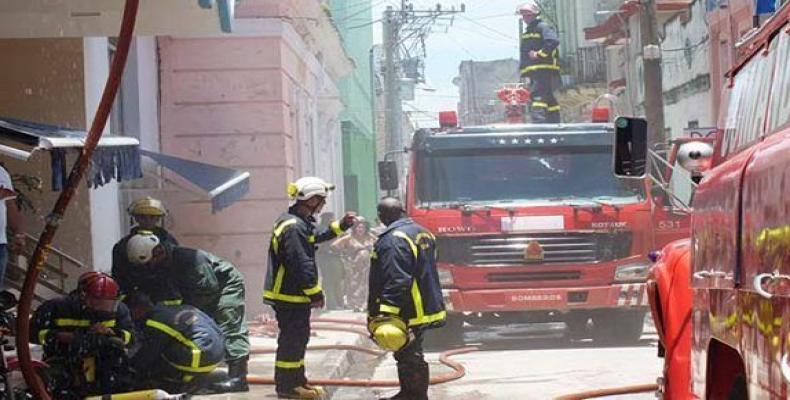 Santa Clara, June 26 (RHC)-- An accidental fire in one of the buildings of the Cuban Telecommunications Company (ETECSA) in Santa Clara on Monday interrupted mobile telephony in the central provinces of Villa Clara, Cienfuegos and Sancti Spiritus and in the westernmost province of Pinar del Rio.

In addition, the number of services for mobile phones that begin with 54, 55 and 56 from any region of the country were also affected, but the telecom company said it was restored.

ETECSA said that the fire broke out around midday on the fourth floor of the building in the center of the city of Santa Clara, 270 km east of Havana.  The mishap claimed no victims, the company added.

According to a statement by the company´s vice president to prime time TV newscast, a preliminary assessment of the damages is being conducted and measures are being taken to restore the mobile services in the affected provinces from back up facilities.