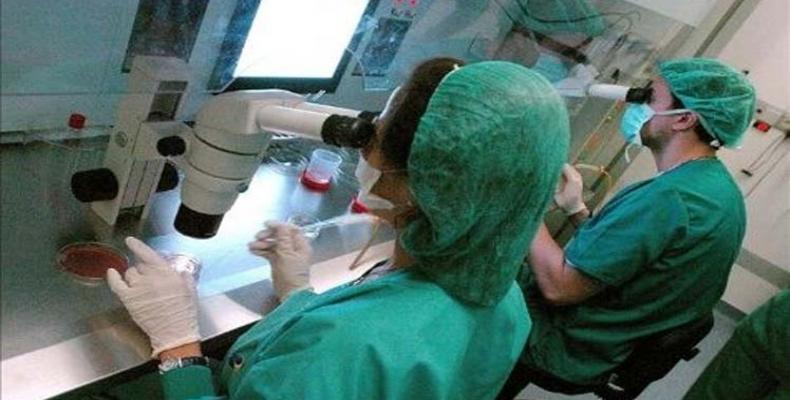 In a dialogue with representatives of national scientific and academic institutions, during Thursday's review of the implementation of measures to combat the pandemic, the president proposed that these meetings be held every week, Prensa Latina news agency reports.

At the encounter, led by Prime Minister Manuel Marrero, Díaz-Canel highlighted the fundamental role of the country's scientific community in the fight against COVID-19.

The specialists reported on the various tools developed by Cuban specialists for statistical analysis and modeling of the behavior and possible evolution of the disease on the island.

They also reported on the prophylactic and therapeutic strategies used in the prevention and treatment of suspected and confirmed cases of COVID-19, among which 15 national products and four innovative ones are used.

Cuban academic and researcher Pedro Mas acknowledged that the country has talented young people, very well prepared, with very fast responses, which show the participation of science in terms of the people's health.

He pointed out that this step of convening the scientific community at this time of more frontal combat with the disease is a good idea to accompany the decision-makers and colleagues who are directly involved in confronting the pandemic.

Raúl Guinovart, dean of the School of Mathematics of the University of Havana, said that according to the models studied, all the measures taken by the country's leaders have been correct and contribute to reducing the rate of infection.

Díaz-Canel highlighted the support that Cuban specialists are providing from science and innovation for the treatment of the disease that affects most countries in the world.