Havana and Washington hold new round of migratory talks 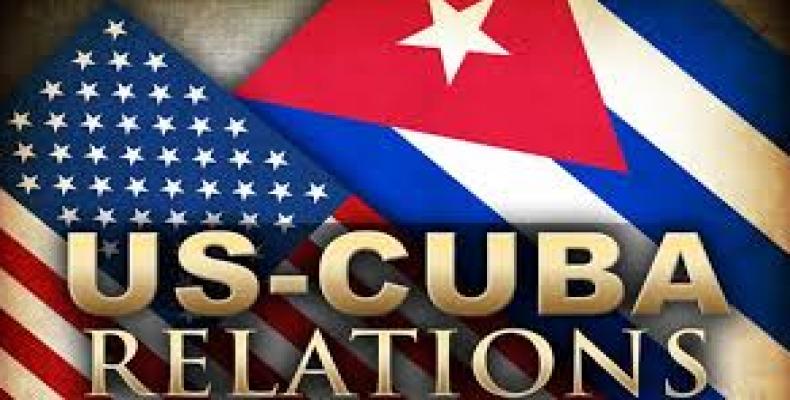 Washington, July 12 (RHC) A new round of migratory talks between Cuba and the United States was held on Wednesday in the U.S. Capital.

During the talks, both parties acknowledged the benefits of the January 2017 Joint Statement, particularly for its elimination of the 'Dry foot-wet foot' policy and the 'Parole Program for Cuban Medical Professionals' and its impact on the decrease of irregular emigration.

According to the State Department, apprehensions of Cuban migrants at U.S. ports of entry decreased by 88 percent from fiscal year 2017 to 2018.

The delegations also agreed on the usefulness of the exchange between Cuban Coast Guard Troops and the U.S. Coastguard Service held in January 2018, and the technical meeting on trafficking in persons and immigration fraud carried out in December last year.

In this round, compliance with bilateral agreements was reviewed, in order to guarantee a regular, safe and orderly migration.   The Cuban delegation demonstrated that it strictly fulfills its obligations, and reiterated its willingness to maintain and expand bilateral cooperation in this area.

In the meantime, the Cuban delegation urged the government of the United States to fully comply with its commitments to issue visas for migrants, in accordance with the Migration Agreements, and it also stated that the decision to suspend visa processing services at its Embassy in Havana directly affects migratory relations, family ties, damages institutional exchanges and travel between the two countries.

Havana also expressed concern about the Cuban Adjustment Act, which, together with other US regulations, encourages the irregular emigration of Cubans and exposes them to becoming victims of illegal traffickers and gangs associated with organized crime.