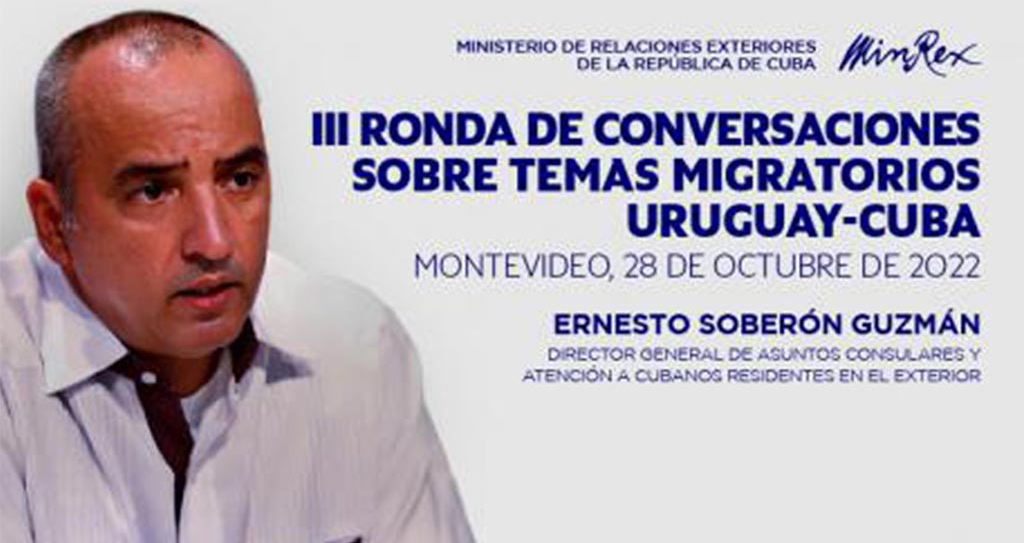 Cuba and Uruguay to hold talks on migration issues

Montevideo, Oct 28 (RHC) Representatives of Uruguay and Cuba will hold today the III Round of Talks on Migratory Issues, which seeks a safe, regular and orderly flow.

Cecilia Otegui, deputy director general of Consular Affairs and Liaison of the Uruguayan Foreign Ministry will head her country's delegation.

Both parties will evaluate the implementation of joint actions to discourage illegal acts associated with irregular migration, including the fight against human trafficking and illegal smuggling of migrants.

They will also analyze the migratory flow between Cuba and Uruguay and the possibilities of establishing cooperation mechanisms on the matter.

So far this year Cuba has held migratory rounds with Mexico, Panama, and Belize.

According to the Ministry of Foreign Affairs (MINREX), the Cuban government is committed to the orderly and safe emigration of the island's citizens, and their right to travel, emigrate and return by national legislation.

The MINREX has denounced that the United States uses double standards by stimulating illegal emigration with the economic, financial, and commercial blockade, while it closes legal mechanisms for orderly migration.

The Cuban Foreign Ministry maintains that measures adopted by the Trump administration on migratory matters are still in force and directly affect the right of Cubans to travel and even to emigrate.

They also encourage the flow of Cuban nationals through irregular channels, in which they become potential victims of traffickers and criminal gangs in their transit through several countries on their way to the United States. (Source: PL)