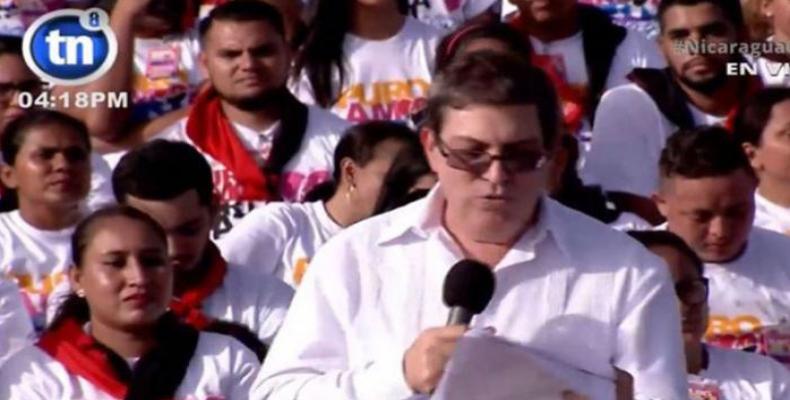 Managua, July 20 (RHC)-- The First Secretary of the Central Committee of the Cuban Communist Party of Cuba, Raúl Castro, and President Miguel Díaz-Canel congratulated Nicaragua on the occasion of the 39th anniversary of the triumph of the Sandinista Popular Revolution.

During the main rally to commemorate the occasion, the island´s Foreign Minister, Bruno Rodriguez, read the messages sent by both Cuban leaders before thousands of Nicaraguans who gathered in the Plaza de la Fe to support the government headed by President Daniel Ortega.

The text sent by Raúl Castro highlighted the indestructible bonds of solidarity and brotherhood with Nicaragua and the Sandinista National Liberation Front, while Diaz-Canel reiterated Cuba´s support for the Central American nation, currently facing interventionist and destabilization actions to overthrow the government, leading to the unfortunate loss of lives and considerable material damage.

With the presence of President Daniel Ortega and Vice President Rosario Murillo, citizens of various regions of the country celebrated the anniversary, to the rhythm of songs and the characteristic joy of Nicaraguans.