Pastors for Peace announces 29th Caravan to Cuba in November 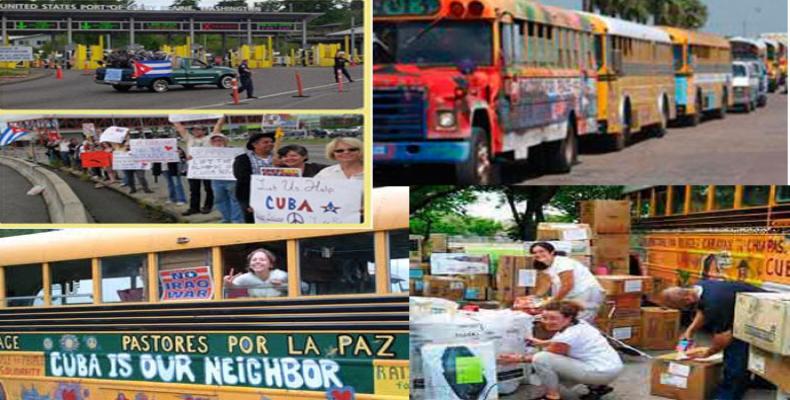 New York, July 31 (RHC)-- The Inter-religious Foundation for Community Organization, IFCO/Pastors for Peace, is preparing their 29th Caravan to Cuba in November.

The solidarity organization had originally planned to visit Cuba in July, but they were forced to postpone their trip due to the exorbitant cost of airfare to the Caribbean island this summer.

A statement released by the group blamed the U.S. blockade on Cuba for the Caravan postponement, particularly the impact of the blockade on the availability of airline seats.   The bottom line, said IFCO/Pastors for Peace, is that we simply could not secure enough seats for our caravanistas this summer. That is why we were forced to postpone this year’s caravan and are now making plans to travel November 16th through the 25th.  The U.S. solidarity organization further said that during their Cuba trip, they will travel to eastern Cuba to visit Santiago de Cuba and Guantanamo.

The statement concluded by confirming that IFCO/Pastors for Peace will continue its annual challenge to the U.S. government’s economic blockade of Cuba and their punitive travel restrictions.