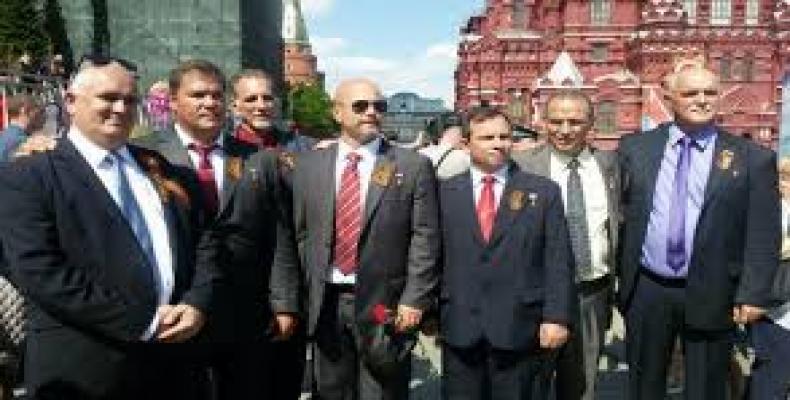 During a cordial exchange, the top Russian diplomat said that the six Cuban heroes are symbols of the courage, patriotism, perseverance and resistance, that have characterized the Cuban people in the struggle to achieve and defend independence, sovereignty and national identity.

Gerardo Hernández, René González, Antonio Guerrero, Ramón Labañino and Fernando González –known internationally as the Cuban Five-- and Colonel Cardoso all served prison terms in foreign countries, while defending just causes.  The Cuban Five were sentenced serve to long, unfair terms in U.S. jails after they infiltrated ultra-right wing organizations there that routinely plot and carry out terrorist actions against the Cuban people. In the case of Colonel Cardoso, he was wounded during an internationalist mission in Ethiopia and was submitted to solitary confinement in a Somali prison for 10 years.

The six Cuban heroes are currently in Russia on an invitation by the country's lower chamber of parliament or Duma to attend celebrations in Moscow on the  71st anniversary of the Victory over Fascism.