Popular consultation on Draft Constitution winds up in Cuba 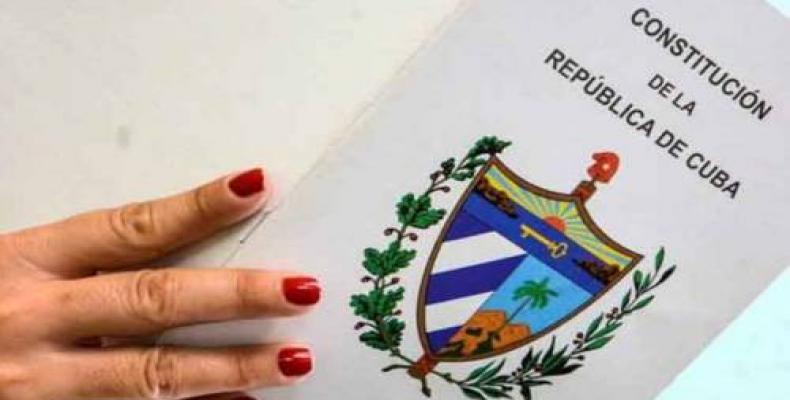 Havana, November 15 (RHC)-- The popular consultation on the draft of a new Constitution in Cuba comes to an end Thursday after 14 weeks of meetings in neighborhoods, work centers and schools.  Thousands of Cuban residing abroad also voiced their views on the newly proposed Magna Carta.

The consultation began on August 13th in the island´s 15 provinces and the Isle of Youth Special Municipality.

The discussed draft represents a total reform of the Constitution in force since 1976, and proposes changes in the structure of the State, the expansion of individual rights, recognition of the market and private property, and the strengthening of popular power from the base.

Prensa Latina news agency noted that the document ratifies the irrevocable character of socialism in Cuba and the leading role of the Cuban Communist Party in society.

According to preliminary data, more than seven million Cubans participated in the discussion called to enrich the draft that was approved by the National Assembly of People's Power las July 22nd.

It is estimated that some 1.5 million interventions were made, with more than 560,000 proposals for modification, about 30,000 additions and some 38,000 deletions.

Secretary of the State Council Homero Acosta said that all the opinions of the population will be taken into account by the processing and analysis mechanism that has been set up to assess the information derived from the process.

As the consultation comes to its end, the Cuban Parliament is calling for a twitterstorm Thursday so that people can share their experiences during the process using #Cuba, #HacemosCuba and #ReformaConstitutional.