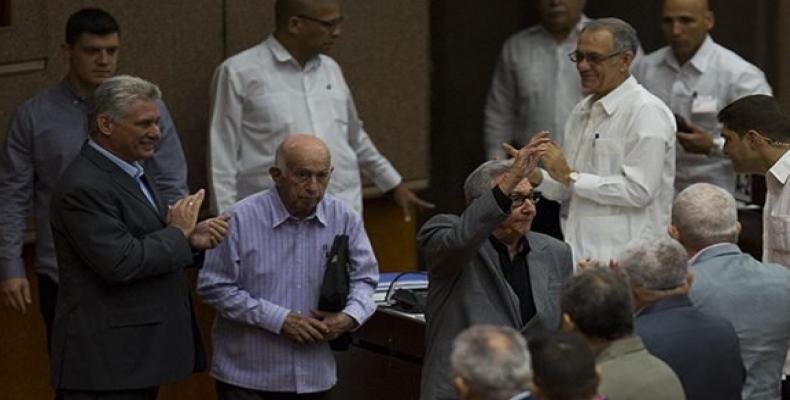 Havana, December 21 (RHC)-- The Second Ordinary Session of the 9th Legislature of the National Assembly of People's Power, the Cuban Parliament, began Friday with deputies debating a new draft of the country's Constitution.   Friday's parliamentary session was presided over by the First Secretary of the Central Committee of the Cuban Communist Party, Raul Castro, and President Miguel Diaz-Canel.

This draft, written by a 33-strong parliamentary commission headed by Raúl, takes into account the changes, modifications and/or additions to the original text, as proposed by the nearly 9 million Cubans who participated in a broad three-months long public consultation process, that also included Cuban nationals living abroad, who contributed more than 750 changes to the original text.

During this plenary session, which runs through Saturday, Cuban deputies are to  debate and vote on the draft Magna Carta, which will then be submitted to a national referendum, set for February 24th, so that the people can decide by direct and secret vote whether they approve it or not.

The draft ratifies the Cuban socialist character and the governing role of the Communist Party in Cuban society, while it modifies the structure of the State, broadens individual rights and recognizes various forms of property, including private property.