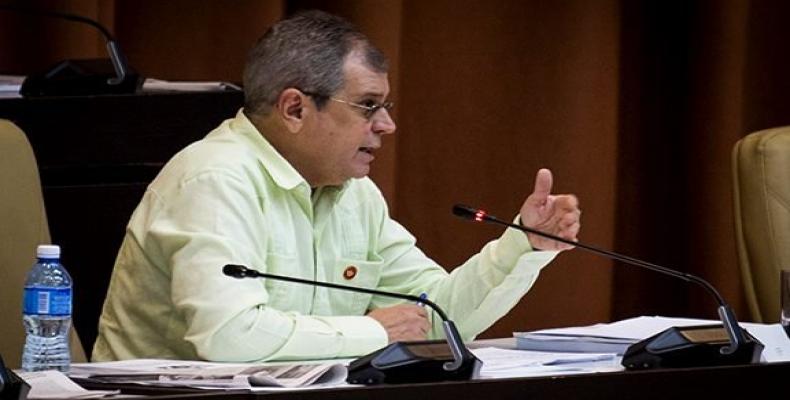 Havana, December 19 (RHC)-- The Secretary of the Council of State, Homero Acosta, briefed Cuban lawmakers on Tuesday about the changes included in the Draft Constitution, after it was submitted to a broad consultation process.

Acosta said that after the completion of the process, 62% of the statements were favorable, 35 % were to offer suggestions and modifications, and 3% were critical of its content.

He explained to the deputies that each of the 783,174 proposals made by the population were analyzed and recalled that 8,9 million Cubans participated in this consultation, a figure that includes people who participated in more than one meeting.

The deputy reported that the article that received the most proposals during the process, held from August 13 through November 15, was Number 68, related to marriage.

In a tweet, the National Assembly said that the constitutional commission is proposing “to defer the concept of marriage, that is, to leave it out of the Constitution's draft, as a way to respect all opinions," and instead, to call matrimony "a social and legal institution."   In another tweet, the Parliament said that the issue should be addressed in the Family Code that is set to be updated shortly after the new constitution has been approved during a referendum in early 2019.

Acosta Alvarez also made reference to the opinions raised by the proposal to incorporate the figure of the President of the Republic, and explained that among the most frequent suggestions were not to limit the length of the mandate and the maximum age to assume that position.

Other changes mentioned by Acosta include the addition of a new chapter dedicated only to families.

"We have a great responsibility with the decision we make here, (...) the definitive text of the Constitution must be approved, which will then be submitted to a referendum," said Esteban Lazo Hernández, president of the legislative body.

After the preliminary presentation of these results, the deputies will individually study the content of the new Draft and be able to hear from the members of the drafting committee, and finally discuss its content in a plenary session on Friday.