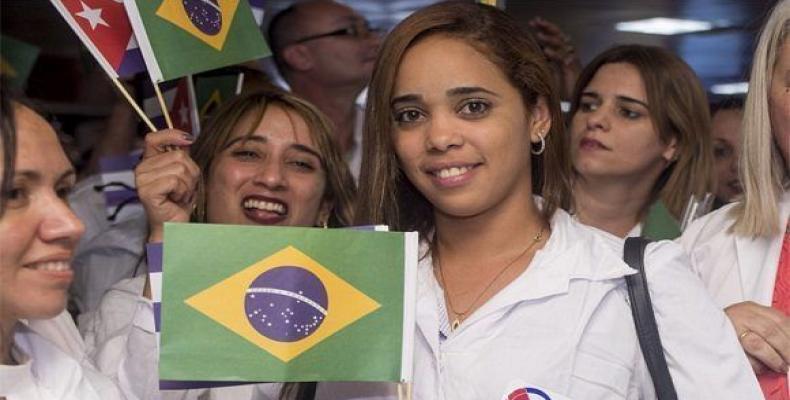 Havana, November 26 (RHC)-- The latest group of Cuban doctors returning from Brazil after Cuba's decision to no longer participate  in the More Doctors program following threats by Brazilian President-elect Jair Bolsonaro, arrived in Havana on Sunday.

The doctors and medical personnel were received at the Jose Marti International Airport by First Vice President of the Councils of State and Ministers Salvador Valdés Mesa and Deputy Minister of Public Health, Luis Navarro Martínez.

The Cuban health minister condemned Bolsonaro's actions and stated that the Cuban doctors are the ultimate example of loyalty and commitment, hard work and dedication to one of the most humane endeavors: saving lives.

Several of the medical collaborators spoke with reporters at the airport and noted that they are returning with more experience and as better professionals.  They expressed their pride at having fulfilled their duty, providing health care to some of Brazil's poorest and most under-served communities.