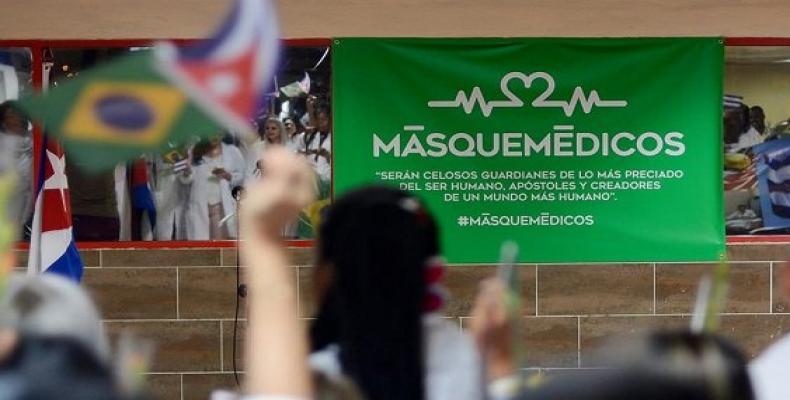 Havana, December 12 (RHC)-- The First Secretary of the Central Committee of the Communist Party of Cuba, Raúl Castro, received in Havana Wednesday morning a group of Cuban health professionals who offered their services in the Más Médicos program in Brazil.

Raul welcomed the doctors home in the early morning hours at the capital's José Martí International Airport.  This is the 32nd flight that arrives from the South American country with Cuban doctors and medical personnel who treated some 113 million Brazilians over a period of five years, many of them never before benefited by health care.

On November 14th, Cuba announced the decision to no longer participate in the More Doctors program, following hostile threats from President-elect Jair Bolsonaro.