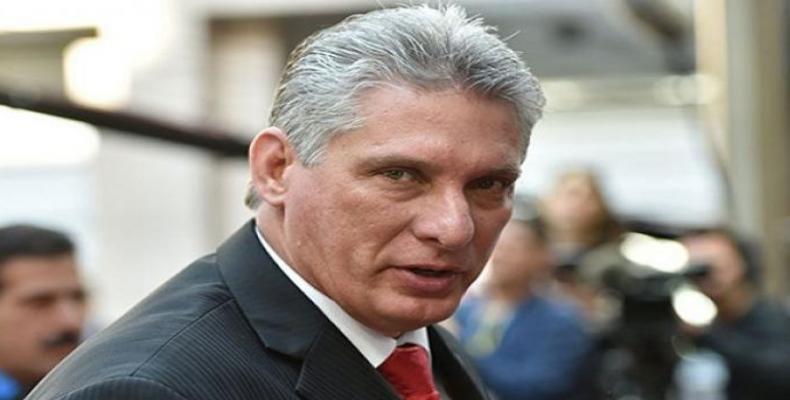 Guantánamo, November 29 (RHC)-- President Miguel Díaz-Canel has denounced Washington's migratory policy towards Cuba, which he said denies visas and affects the normal functioning of diplomatic missions of the two countries.

The Cuban head of state wrote on his Twitter account: “The United States denies visas and obstructs the work of both diplomatic missions in order to justify and continue with its policy, aimed at further deteriorating bilateral ties with Cuba.  The American and the Cuban people, both reject this perverse behavior of the United States government.”

The Cuban Foreign Ministry (MINREX) issued a statement, denouncing the latest U.S. maneuvers, which seek to hamper the already tense bilateral relations due to the Donald Trump Administration's anti-Cuba actions.

President Díaz-Canel is currently on a working tour of the eastern province of Guantánamo, where he is visiting several sites of economic and social interest.