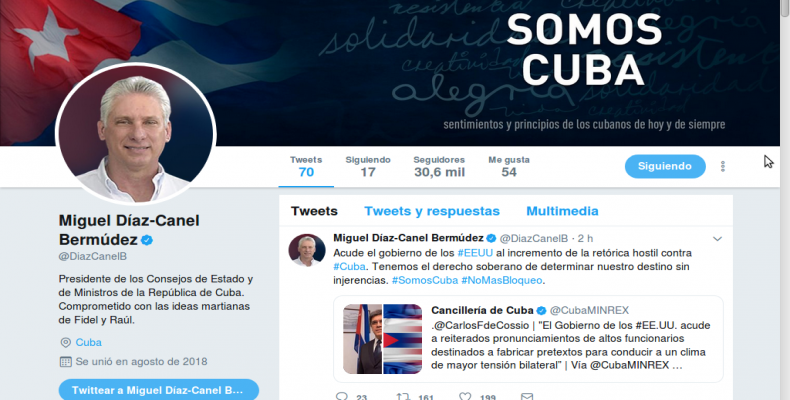 Havana, October 18 (RHC)-- Cuban President Miguel Díaz-Canel underscored the resounding failure of the latest anti-Cuba campaign unleashed by the U.S. government at the United Nations, seeking to discredit the Caribbean state, specifically its performance on the issue of human rights.

Writing on his twitter account, the Cuban president denounced Washington's gross violation of norms guiding the proper use of United Nations premises and conference rooms to launch a slander campaign, the purpose of which is to justify the overwhelmingly rejected blockade policy it has maintained for nearly 60 years against the Caribbean state.

The Cuban head of state underscored also the broad support of the vast majority of the international community for the Cuban cause against Washington's genocidal policy.

The latest report by the Cuban Foreign Ministry places economic losses caused to Cuba over nearly 6 decades of the U.S. blockade at over 933.6 billion dollars.

Next October 31st, the UN General Assembly will, for the 27th consecutive year, debate and vote on a Cuban-sponsored resolution that urges the lifting of Washington's economic, commercial and financial blockade against Cuba, which is regarded an act of genocide in tune with the Convention on the Prevention and Punishment of the Crime of Genocide of 1948.