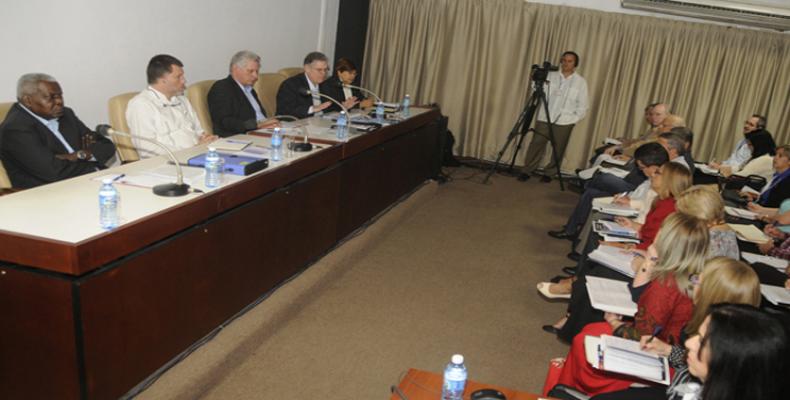 The Permanent Commissions of the National Assembly of Peoples Power, the Cuban parliament, started on Sunday a series of meetings to evaluate main aspects of national life, including the performance of the island’s economy, agriculture, the tasks to mitigate climate change impact, the monetary and exchange unification, among several others.

Participating in the debate of the Economic Commission, the Cuban President said "most of our time must be used in how we unblock things, in how we remove litter from the road that leads to the solution of economic and financial problems."

Diaz-Canel called for further empowering socialist state-run companies that dominate the economy, which he considered still remain "hamstrung", and the formation of better ties between them and foreign investors and a growing private sector.

Accompanied by the speaker of the Parliament, Esteban Lazo, and several ministers, Diaz-Canel said that although the performance of the Cuban economy in 2018 is discreet and still does not have an impact on people's lives, it is a meritorious result, taking into consideration the context in which it operated.

Addressing also the Commission, Economy Minister, Alejandro Gil,  said the 2018 GDP growth will conclude at 1%.  Gil noted that plans for a 2 % growth were dashed mainly by Hurricane Irma and other weather related events that hurt tourism, sugar production and agriculture, as well as a result of the tightening of the U.S. economic blockade and domestic inefficiencies.

The meetings of the parliament commissions antecede the plenary session of the parliament that has been announced to start on Thursday. In that session deputies will discuss the Draft Constitution of the Republic that was submitted to popular consultation earlier this year.