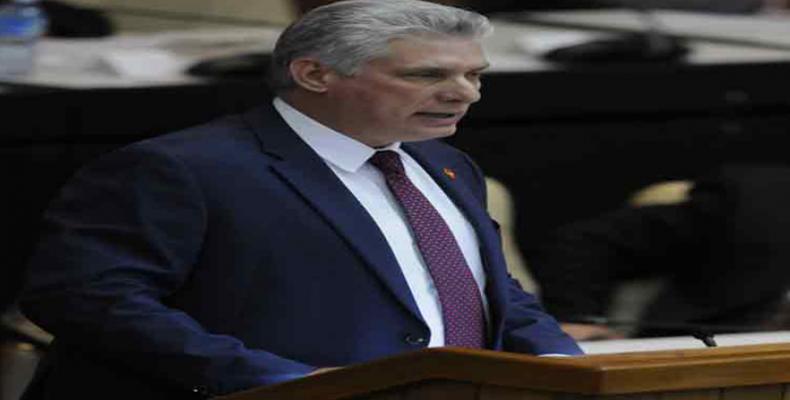 In his closing remarks at the second session of the 9th legislature of the National Assembly of People's Power, the Cuban Parliament, Díaz-Canel said that 2018 was marked by firm, steady steps toward improved economic management, which should begin bearing fruit during 2019.

He noted that 2018 registered a modest economic growth of roughly 1,2%, which he called 'limited, though encouraging' and stressed that the estimated growth for 2019 stands at 1,5% and will be marked by the recovery of sectors like the sugar industry, construction, transportation and communications.