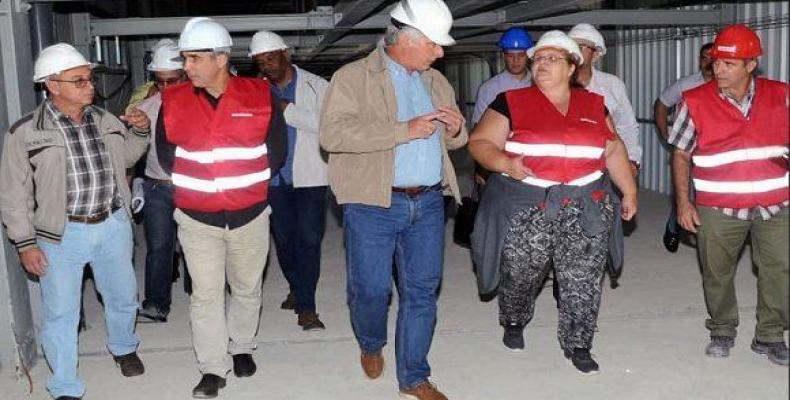 Havana, January 14 (RHC)-- Cuban President Miguel Díaz-Canel has toured key works underway at the Mariel Special Development Zone.  Over the weekend, the Cuban president reviewed the construction of the Biotechnology Industrial Complex, the largest project within the Zone where state-of-the-art products will be manufactured.  The factory is a 100% Cuban investment and is set to open in 2020.

He also confirmed progress being made in preparing plots of land for prospective users, guaranteeing infrastructure to provide water, electricity, communications and waste water management.

Diaz-Canel toured food production and preparation facilities, including the Spanish company ProFood’s plant devoted to preparing and distributing foodstuffs and beverages to hotels, which is contributing to efforts to replace imports with domestic products.
Last year saw the most foreign investment to date in the Special Development Zone -- amounting to 474 million dollars; while at the close of 2018, agreements had been reached with a total of 43 users, 17 of which are already operating in the area.