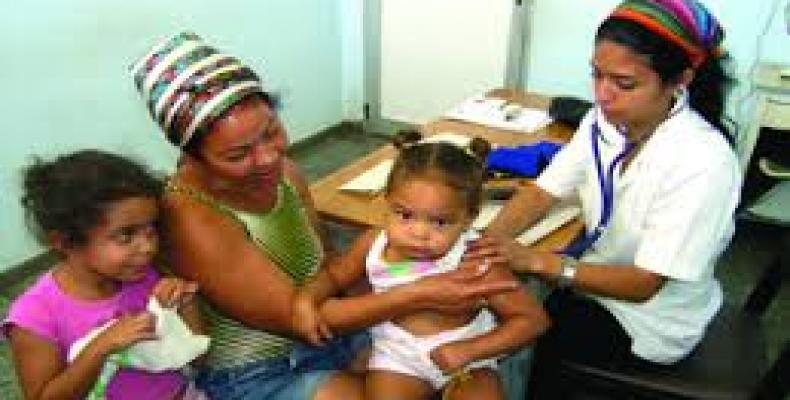 Havana, January 5th (RHC)--Cuban president Miguel Diaz-Canel highlighted this Friday some of the island’s achievements in the field of health care, in particular Cuba’s record low infant mortality rate and the 35th anniversary of the family doctor program.

On his Twitter account, the president lamented the current global situation regarding child care and highlighted the achievements in this field last year, after the island achieved the lowest infant mortality rate in its history, at 3.9 per 1,000 live births.

Diaz-Canel also praised the family doctor program, launched 35 years ago by the leader of the Cuban Revolution, Fidel Castro, based on preventive medicine.

The Cuban president also highlighted the country’s medical collaboration work in other parts of the world especially among marginalized communities living in remote or hard-to-reach areas.

“Our respect and solidarity with sister nations, in which more than 347,700 Cuban doctors and health workers have worked, many of them in remote and difficult places,” he wrote.