Cuban president will attend inauguration of Nicolas Maduro in Venezuela 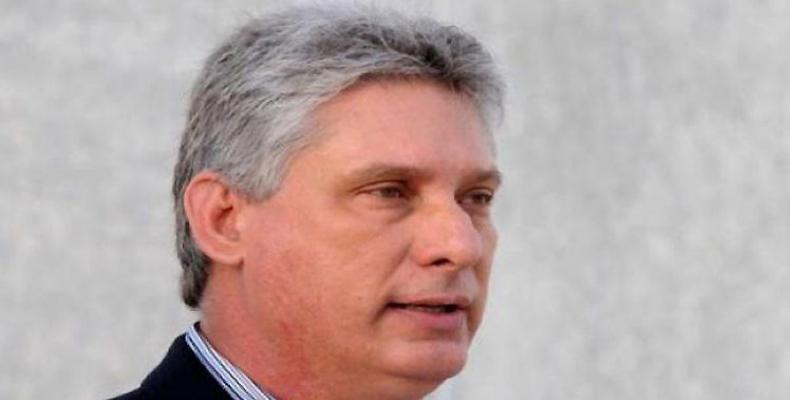 Havana, January  8 (RHC)-- The president of Cuba, Miguel Diaz-Canel, will soon travel to the Bolivarian Republic of Venezuela, according to Cuban Foreign Minister Bruno Rodriguez.

During the Monday edition of the national television program "Mesa Redonda," the Cuban foreign minister said that Diaz-Canel will head the island’s delegation to the inauguration of President Nicolás Maduro, scheduled for next Thursday.

Rodriguez stressed that Venezuela is essential for the independence and sovereignty of Our America vis-a-vis the threat of U.S. imperialism.

This will be Diaz Canel's second visit to Venezuela as president.  He visited the South American country on May 30 2018, shortly after his election as President of the Councils of State and Ministers of the Republic of Cuba, in what was his first trip abroad as president.