New ministers of Finance and Prices and Transportation appointed 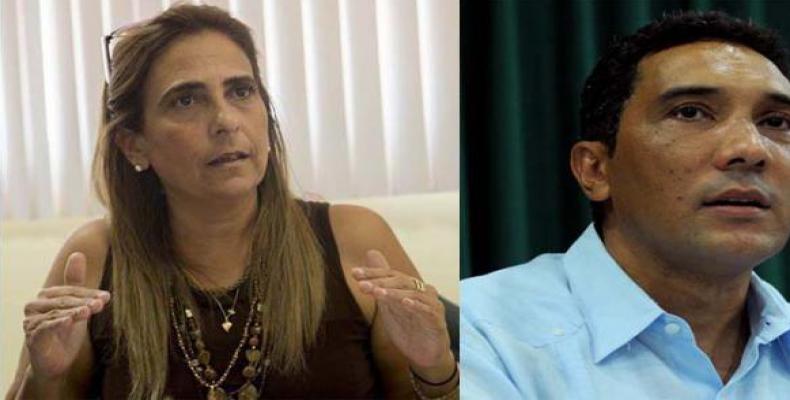 Havana, Jan 9 (RHC)-- The Cuban State Council has agreed to release Lina Olinda Pedraza Rodríguez and Adel Yzquierdo Rodríguez from their positions of Finance and Prices and Transportation ministers, respectively, while recognizing the job they did in those capacities.

The changes were made at the request of the State Council president, Miguel Diaz-Canel.

Meisi Bolaños Weiss, vice minister of Finance and Prices since April 2007 has been appointed to lead that Ministry. She is 48 years old, has a degree in Law and is a specialist in Finance, with a long career in the agency's system.

At the head of the Ministry of Transportation was appointed Eduardo Rodríguez Dávila, current first vice minister of that agency. He is 52 years old,  and he is Mechanical Engineer and a Master in Automotive Transportation. He has held various management positions in the sector, including that of deputy minister from 2006 to 2018.

According to Granma, Lina Olinda Pedraza Rodríguez and Adel Yzquierdo Rodríguez will be assigned other responsibilities.