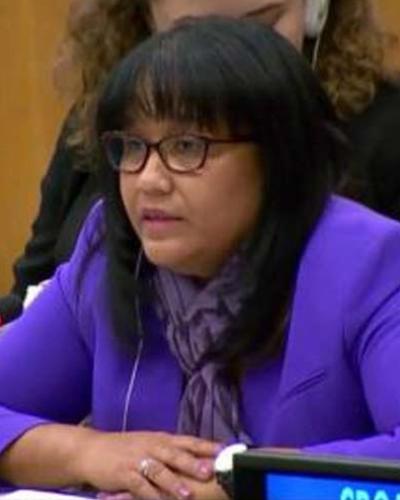 Havana, January 10 (RHC)-- Anayansi Rodriguez has taken over the post of Deputy Minister of Foreign Affairs, after previously holding several responsibilities within the ministry.

Rodriguez served as Cuba’s permanent representative to the United Nations and other international organizations in Geneva, and headed the Foreign Ministry’s Multilateral Affairs Office.

Cuban leaders and officials, including Cuban Foreign Minister Bruno Rodriguez himself, congratulated Rodriguez on her appointment.  “All the best to Anayansi Rodriguez, in her new post as deputy minister of Foreign Affairs,” tweeted the Cuban foreign minister.

Rodriguez replaces Abelardo Moreno, an official who has an outstanding record in revolutionary diplomacy in his responsibility as former Deputy Foreign Minister.  He will now serve as an adviser to the Cuban Foreign Ministry.