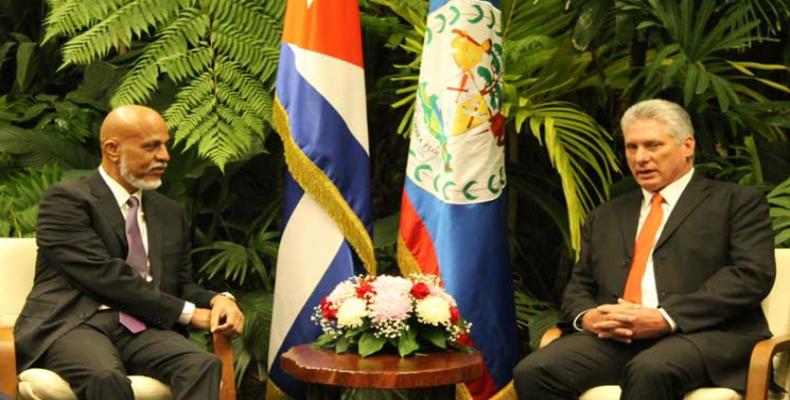 Havana, January 16 (RHC)-- Cuban President Miguel Díaz-Canel received the Prime Minister of Belize, Dean Oliver Barrow, who arrived in Havana on Tuesday with the purpose of strengthening relations between both countries.

After the reception and protocol ceremony at the Palace of the Revolution, both heads of Government began official talks.  Before the meeting, Barrow rendered tribute to Cuban National Hero Jose Marti at the Memorial named after the independence hero.

Upon his arrival in Havana on Tuesday, the Belize prime minister said that his visit would expand bilateral links.  He also said that he looked forward to reviewing important issues of the Latin American and Caribbean region with his Cuban counterpart.