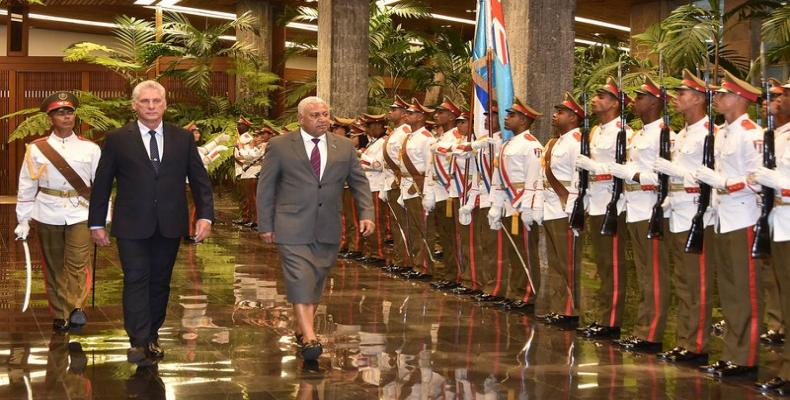 Havana, October 2 (RHC)—Cuban President Miguel Diaz-Canel, received this Wednesday in Havana the Prime Minister of the Republic of Fiji, Josaia Voreque Bainimarama, who is making an official visit to our country.

During the meeting, both leaders exchanged views on the good state of bilateral relations and ratified the will to strengthen economic and cooperation ties.

Miguel Diaz-Canel expressed Cuba's commitment to continue contributing to the training of human resources of the small island states of the South Pacific. He also highlighted the common challenges faced by both nations due to climate change and the impact of meteorological phenomena.

Accompanying the visitor were the permanent secretary of the Prime Minister's Office that deals with the sugar industry and immigration, Yogesh Jitendra Karan and the concurrent ambassador to Cuba, Satyendra Prasad, among other members of the delegation.