BioCubaFarma: A company that greatly helps the economy 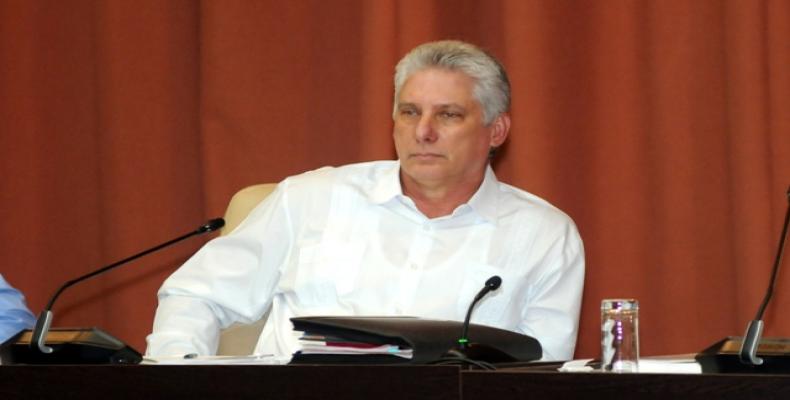 Havana, April 8 (RHC)-- Cuban President Miguel Diaz-Canel attended a meeting of the BioCabaFarma company and spoke with the director Eduardo Martínez.  The Cuban leader affirmed that among the objectives of the coming months will be the consolidation of the greatest export capacity in the Cuban economy.

Director Martinez said: "Guaranteeing the demand and coverage of medicines and incorporating new products on the domestic market to replace imports adds to the priorities."  When listing the achievements of this mega-company, characterized by its closed cycle line, from invention and development, to production and marketing, Martínez said that several projects are carried out, including those aimed at the prevention and treatment of diseases like cancer.

He explained that 398 innovation and development programs are carried out, with a slight increase in the amount of biopharmaceuticals and products of natural and agricultural origin.  He also highlighted the introduction of 23 new products on the national market, as well as authorization for four clinical trials and the sanitary registration of another 21.

When offering details about the research, he pointed out that the company currently works in the clinical trials of 52 products aimed at the main health problems of the population.

He assessed as positive the studies led by the Center for Genetic Engineering and Biotechnology (CIGB) in the agricultural field, in particular the development of enzymes such as dextranase and fructosyltransferase for the sugar industry, and the Porvac vaccine against swine cholera.

In the international sphere, BioCubaFarma in 2018 achieved the establishment of the bases for the creation of new joint ventures, while the market studies and comprehensive commercial strategies were elaborated for the prioritized countries such as China, Russia, Viet Nam, Algeria and Mexico.

The creation of other joint ventures in Cuba and abroad, especially with China, as well as the insertion in Russian and Vietnamese technology parks is among the results of the company in the previous year.

Added to this is the negotiation with the Cancer Institute of New York, which allowed the creation of a joint venture with the United States.