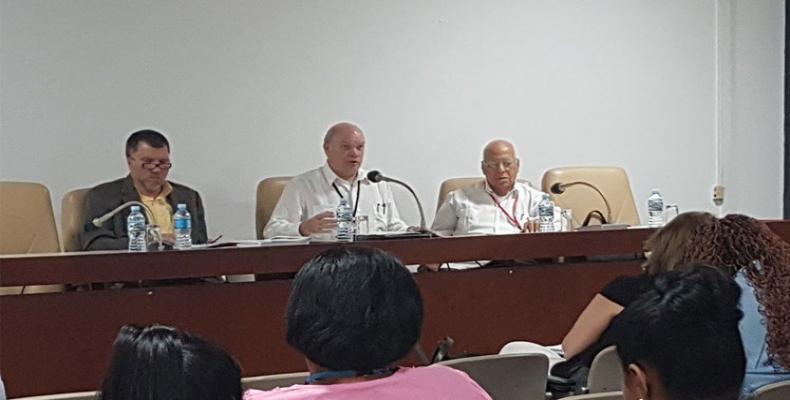 Havana, July 9 (RHC)-- Cuba is working on the opening of its first technology park at the University of Informatics Sciences (UCI) in Havana to export goods and services with high value added.

The Minister of Foreign Trade and Foreign Investment (MINCEX) Rodrigo Malmierca made the announcement at a meeting of the national Parliament´s Economic Affairs Committee.   Malmierca said that island's authorities are working on the promotion of new industrial parks, science and technology parks, and special economic zones.

He noted that in order to increase exports of professional services, the hiring of individuals will be made more flexible.

They also include tourism (26 %), telecommunications (6 %), education, culture, sports, technical assistance, among others.

He indicated that 20 percent of exports come from products such as biopharmaceuticals, rum, tobacco, sugar, etc.

The minister described as a flaw that only 10 percent of exported products make up 90 percent of exports, and that this is a reason why there must be a diversification of them to access other markets and export modalities.

Malmierca stressed that US blockade is the greatest obstacle to national development, although he also cited internal limitations that affect the ability to export.

In this regard, he mentioned industrial and technological obsolescence and the lack of financial mechanisms to support exports, among others.