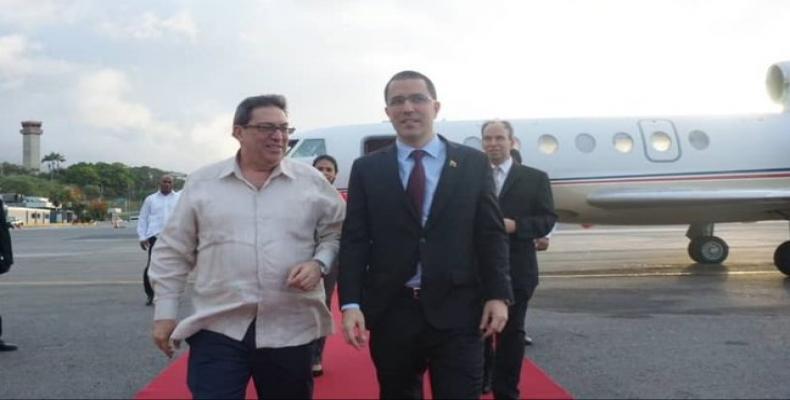 Caracas, July 19 (RHC) The Minister of Foreign Affairs of Cuba, Bruno Rodriguez, arrived in Venezuela, Friday where he will participate in the ministerial meeting of the Coordinating Bureau of the Non-Aligned Movement -NAM-, beginning this Saturday.

Under the slogan Promotion and Consolidation of Peace through Respect for International Law, the NAM´s ministerial meeting will bring together representatives of its 120 member states, international organizations and special guests.

The representatives of Cuba will intervene in the meeting to ratify the island´s  commitment to the preservation and strengthening of multilateralism and the peaceful resolution of conflicts through dialogue and negotiation.

The Non-Aligned Movement is the second most important international organization after the United Nations.

This forum promotes respect for the sovereignty and territorial integrity of all nations, recognition of the equality of all races and non-interference in the internal affairs of other countries as fundamental pillars of its policy