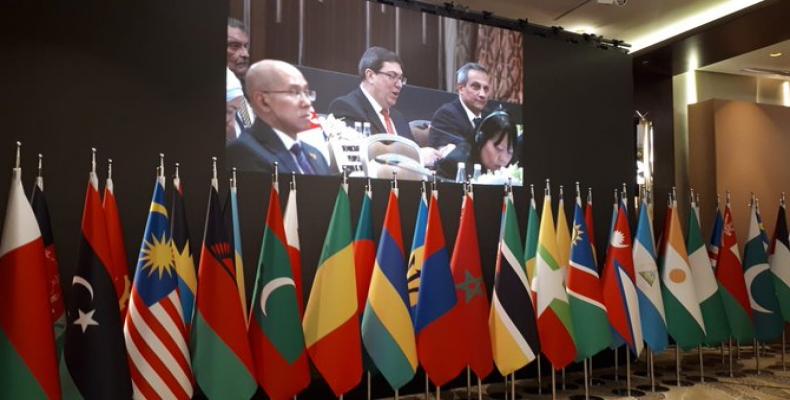 The island´s Foreign Minister,  Bruno Rodríguez Parrilla, made that statement during the ministerial segment before the 18th Summit of the Movement, which will meet until Thursday at the Boulevard Hotel in Baku, the Azerbaijani capital, next to the Caspian Sea.

Rodríguez Parrilla thanked the traditional support of the Non-Aligned Movement for the Cuban demand to put an end to the blockade by the United States, which he called the greatest obstacle to the development of the Island.

He emphasized that Donald Trump's administration is tightening the siege on its small southern neighbor, making it more extraterritorial and violating the sovereignty of third states, as well as international law and the human rights of Cubans.