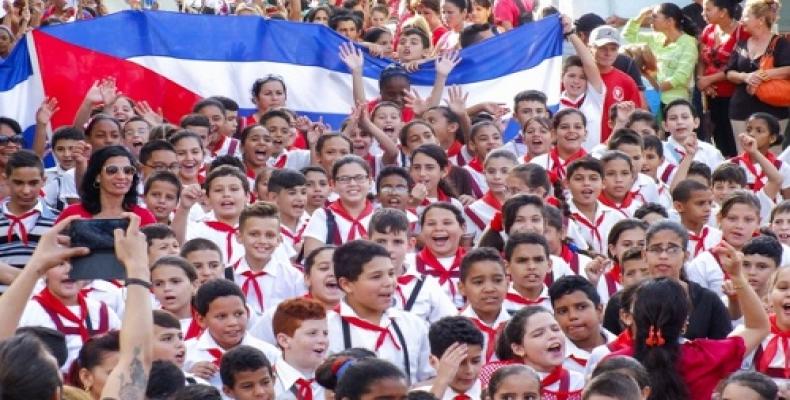 Havana, August 25 (RHC)-- Despite the complex economic situation faced by Cuba, its classrooms will receive more than 1.7 million students on September 2nd, according to Education Minister Ena Elsa Velázquez.

In a press conference to summarize the results of a tour she conducted island wide to assess preparations for the new school year, the minister said she could appreciate the hard work done by the staff of institutions, as well as the gratitude of teachers for the salary increase and their commitment to raise the quality of the educational process.

She also stressed that the enrollment in day care centers also increased thanks to the opening of some new facilities in different territories and the recovery of skills through constructive work, which allows covering the demand.

Velázquez Cobiella said that over 162,000 teachers are expected to be in the classrooms, for 95 percent coverage; and that the remaining 5 % is expected to be covered with hiring by the hour, payment for teacher overload or through initiatives such as the project Educating for Love.

The official added that as as a result of the salary increase, of the 4,479 teachers who had requested to their departure from the schools, more than 2,200 said they wish to continue teaching; and that of 1,858 requests for retirement, 1 047 wish to remain in their jobs.

The minister said that at the moment resources such as notebooks, pencils, chalk, teacher’s module and other school supplies are guaranteed for the new school year.