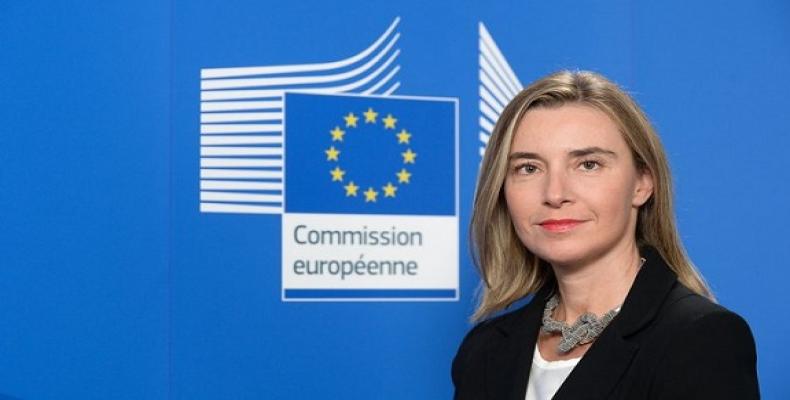 Havana, September 7 (RHC)--The High Representative of the European Union for Foreign Affairs and Security Policy and Vice-President of the European Commission, H.E. Ms. Federica Mogherini, began an official visit to Cuba on Friday.

The distinguished visitor heads the delegation to the Second EU-Cuba Joint Council and, as part of her agendam, she will hold official talks with Cuban authorities.

The second Cuba-European Union Joint Council will take place on September 9 in the Cuban capital and will also be headed by the Minister of Foreign Affairs, Bruno Rodríguez Parrilla.

Mogherini has visited the country several times and last May she spoke out on the need to suspend Title III of the Helms-Burton law in Brussels, in a meeting with Rodriguez Parrilla.

The Italian, who represents the foreign affairs of the European bloc, visited the Cuba March 2016 to announce the end of the process of normalisation of relations between the EU and Cuba, and to promote a new stage of cooperation, since then she has worked on this basis.