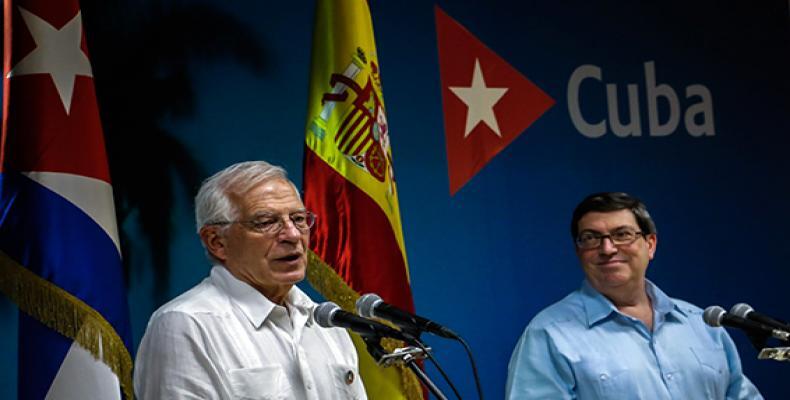 Havana, January 14 (RHC)-- The second Joint Committee between Cuba and the European Union (EU) held a virtual meeting on Wednesday. The Director-General of Bilateral Affairs of the Ministry of Foreign Affairs, Emilio Lozada García, and the Executive Director for the Americas of the EU's European External Action Service, Brian Glynn, chaired the event.

According to the Cuban Foreign Ministry's website, participants announced that the third Joint Cuba-European Union Council will take place on January 20 virtually.  It will be chaired by Cuban Foreign Minister Bruno Rodríguez Parrilla and the EU's High Representative for Foreign Affairs, Josep Borrell.

The delegations discussed the process of ratification of the Political Dialogue and Cooperation Agreement and its implementation during the last period and the results of the second cycle of political and sectoral dialogues that took place last year.

They also discussed the strong impact of the COVID-19 pandemic and the possibilities of cooperation for its confrontation, and the effects caused by the unprecedented tightening of the economic, commercial, and financial blockade by the United States against Cuba.