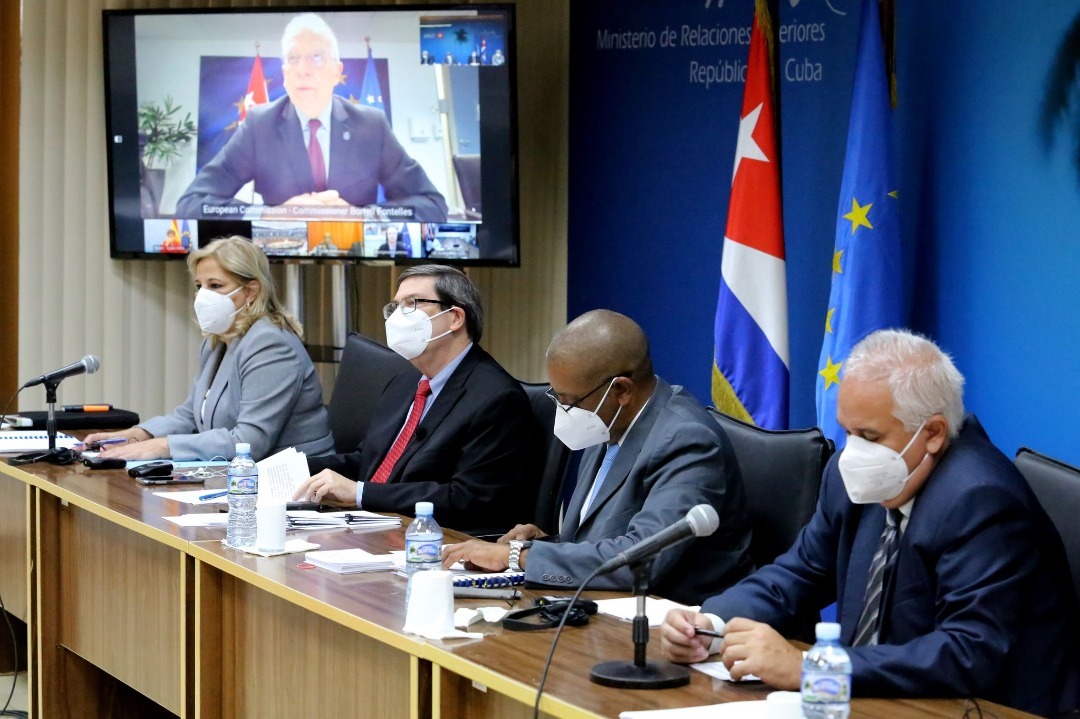 Havana, January 20 (RHC)-- The third Joint Council between Cuba and the European Union (EU), met on Wednesday in a virtual format with the presence of Josep Borrell, high representative for Foreign Affairs and Security Policy and vice president of the European Commission, and the foreign minister of the Republic of Cuba, Bruno Rodríguez Parrilla.

A note from the Cuban Ministry of Foreign Affairs website stated that in the meeting, both parties highlighted the progress of bilateral relations and cooperation in the last year and reiterated their willingness to continue working for its strengthening.

Bruno Rodriguez underlined that the encounter was one more sign of both parties' willingness to advance towards strengthening ties to consolidate the Political Dialogue and Cooperation Agreement (ADPC) as a regulatory framework of the bilateral relations and exchange visions on regional and global issues.

He also expressed the conviction of the continuity of a political dialogue that strengthens the elements that bring the two parties together, confirming that "it is possible to build spaces for dialogue and cooperation in mutual benefit, respecting differences."

In his closing words, the Cuban Foreign Minister highlighted that "the relations between Cuba and the European Union are moving towards their consolidation" and emphasized the Caribbean island's commitment to preserve and consolidate the relationship created over the years.

For his part, the High Representative of the European Union referred to the good state of bilateral relations and stressed the importance of the cooperation actions carried out, which included support for the confrontation of COVID-19.

Likewise, he confirmed the European Union's support for the Cuban resolution against the U.S. government's blockade and its opposition to the application of Titles III and IV of the Helms-Burton Act.

Furthermore, the European Union reiterated its rejection of Cuba's inclusion in the list of States Sponsors of Terrorism by the United States Department of State.