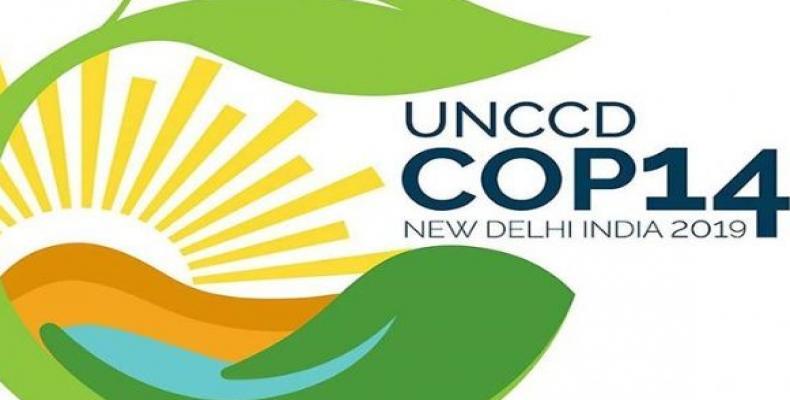 Havana, September 9 (RHC)-- Cuban specialist Ulises Fernandez said in India that the island has achieved exceptional results in the fight against desertification and drought, under conditions of severe limitations to access resources and technologies in the midst of the tightening of the U.S. blockade.

The expert made those remarks at the XIV Conference of the Parties to the UN Convention to Combat Desertification (COP-14), which meets in Greater Noida, in the northern Indian state of Uttar Pradesh, with more than 5,000 delegates from 195 countries in attendance.

The meeting examines global problems such as drought, land tenure, ecosystem restoration, climate change, human health and sand and dust storms, among other issues relevant to life on the planet.

Fernandez told Prensa Latina that despite the difficulties in accessing financial flows due to the U.S. economic and financial blockade, with initiatives and the willingness of all institutions and its government, Cuba has been able to reverse the negative impacts of these phenomena at the social and environmental levels.

He explained the National Action Plan to Combat Desertification and Drought implemented by the Caribbean nation promotes many local and regional sustainable land use solutions that have even been successfully replicated in other countries.