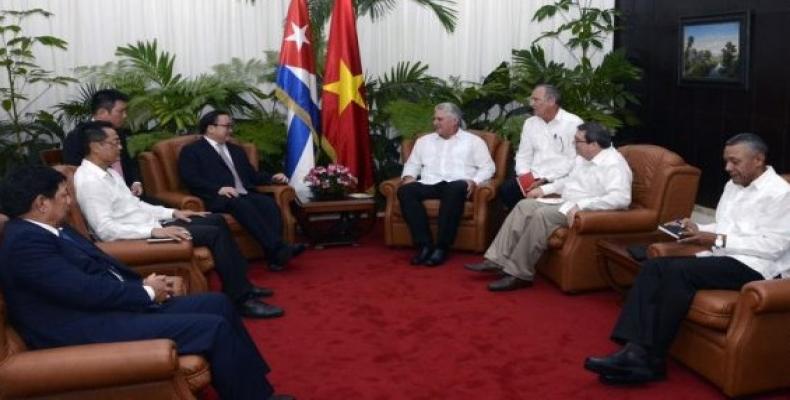 During his stay, he will carry out an extensive work program, which includes meetings with Party leaders and social organizations, as well as visits to places of historical and socio-economic interest.

Diaz-Canel and Trung-Hai discussed the special fraternal relations between the two countries and stressed that these ties constitute an enduring legacy of leaders Fidel Castro Ruz and Ho Chi Minh.   Both sides also ratified the interest in continuing to deepen the historic ties that unite the two parties, governments and peoples.