Cuba rejects in Geneva US interventionist policy against Nicaragua 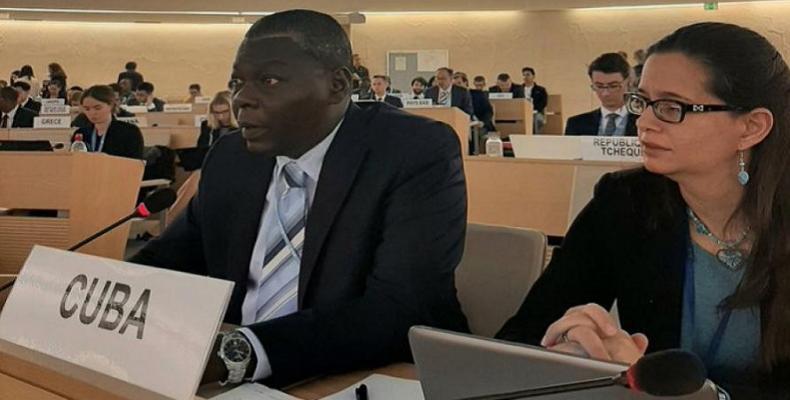 Geneva, September 11 (RHC)—Cuba’s Permanent Representative to the United Nations in Geneva, Pedro Luis Pedroso Cuesta, rejected on TYuesday the interventionist policy promoted by the United States against the sovereignty, self-determination and constitutional order of the Republic of Nicaragua, according to a press release published on the website of the Ministry of Foreign Affairs.

Speaking at Interactive Dialogue on the situation of human rights in Nicaragua, as part of the 42nd regular session of the Human Rights Council, Pedroso Cuesta also reaffirmed his support for the government and people of Nicaragua in their decision to continue defending their sovereignty, peace, and the notable social, economic, security and national unity progress achieved.

The Ambassador also said that respect for sovereignty, independence and territorial integrity, the right to self-determination of peoples and the resolution of conflicts through diplomatic channels should not only be a priority, but a reference point in the work of the Office and in the projection of member States.

"Constructive and respectful dialogue and genuine cooperation in the field of human rights must be at the heart of the work of the Office and the lead that guides the performance of its staff," stressed Pedroso Cuesta.

The Cuban diplomat reiterated that item 2 of the agenda is not designed to selectively prosecute some States as a means of advancing political objectives, but to examine the work done by the High Commissioner and her Office, concluded the Cuban Representative in Geneva.