194,000 Guatemalans have recovered their eye-sight with assistance of Cuban doctors 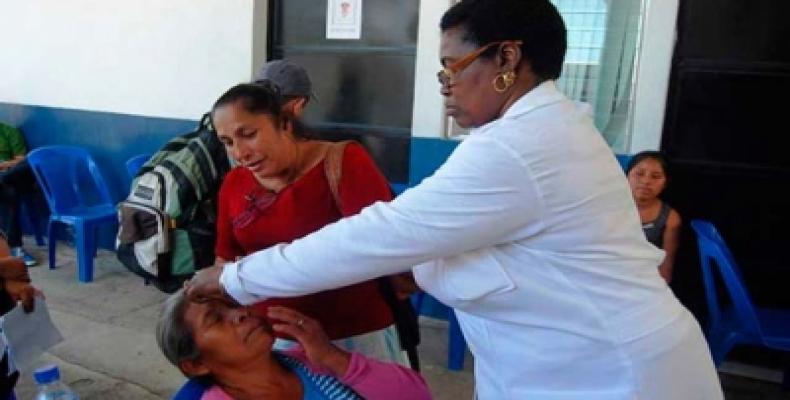 The statistic became more relevant this Thursday, World Sight Day when studies by the World Health Organization confirm the existence of between 40 and 45 million blind people worldwide, a figure that could double by 2020 due to accelerated population growth and aging.

Guatemala does not escape this colossal human tragedy, and it is estimated that more than 90 percent of cases of blindness in the country can be avoided; however, the high costs of surgical interventions in private clinics prevent many from accessing a fundamental human right.

Statistics from the Cuban Medical Brigade (BMC) in this nation show that in 2018 alone, 6,580 patients were rescued from the darkness. Today, they are grateful for the idea launched in 2004 by historic leaders Fidel Castro and Hugo Chávez Frías